Our office represented an injured worker that suffered a back injury. The insurance company did not want to pay full value for the case. However, our office was able to obtain a settlement for $225,000. Our office alleged that the injured worker was wrongfully terminated. We were successful in prosecuting a wrongful termination claim for the injured worker.

Client sustained disc protrusion in low back.  He had a prior attorney.  Our office took over representation and closed the case for $90,000.

Workers Compensation Back Injury Case
A minimum wage earner retained the services of our office after she was injured at work. Our office was able to obtain a $75,000 settlement for our client.

Our client was struck by vehicle as was crossing the street.  Client did not sustain any serious injury and did not lose any time from work.  Case settled for $50,000.

Clients Injured in Minor Damage Rear Ender
A mother and her child were injured in a car accident after they were rear ended. The property damage was roughly $600. There was not much visible damage on our client’s vehicle. The insurance company only wanted to offer $2000 to settle our client’s claim. We filed the case in Orange County. We obtained a policy limit settlement of $25,000 for the mother. We also obtained a $10,000 settlement for the minor who sustained emotional distress from the accident.

Workers Compensation Shoulder Injury Case
A worker was injured while carrying an object at work. She suffered an injury to her shoulder. Our office was able to obtain a $55,000 settlement for her shoulder injury.

Workers Compensation Neck Injury Case
A worker was injured while harvesting fruit. The employer denied that the injury ever happened. We were able to obtain a $57,000 settlement at the conclusion of trial.

Client sustained hand injury.  Her primary treating physician said she has minimal damage.  Our office settled the case for $35,000.

Client sustained shoulder injury.  She tried to settle her case on her own for $5,000.  The Judge told her she needed an attorney.  Our office took over representation.  We closed the case for $35,000 two months later. 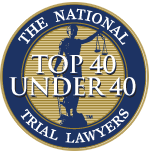